One of my favourite things in life is candid vintage photography. I just love the way a moment in time- with all its perfect imperfections- can be captured, allowing the story of that very second to live on. The fashions may not be couture, but they’re real, complete with the character that can only be gained in a garment worn day in, day out. The photos tell the stories of social history in a way that no text book can. A girl lights a firework at a Guy Fawkes night party. Getty Images.

An old British pastime, Penny for the Guy, has all but been lost in today’s consumerist culture. In fact ‘Guy Fawkes Night’ or ‘Bonfire Night’ on the 5th November has, in many places, been renamed ‘Firework Night’. Nurse joins in at a children’s home in Wanstead, Essex, in 1947. Getty Images. Traditionally, children would make a ‘Guy’ (a scarecrow-like effigy of Guy Fawkes, the most famous perpetrator of the treasonous 1605 Gunpowder Plot) which would be thrown onto their local bonfire during the evening’s celebrations.  Children would parade their Guy in the streets beforehand (often in an old pram or go-cart), asking for “a penny for the guy” which they could later put towards the evening’s fireworks, or spend on sparklers and traditional sweet treats. 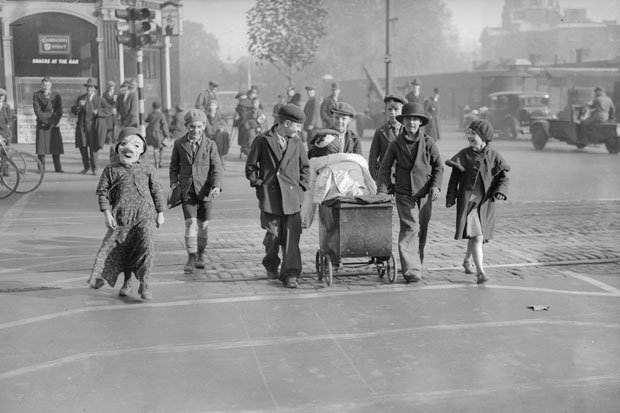 Children pushing an effigy in a pram to ask adults for pennies to buy fireworks. Getty Images. 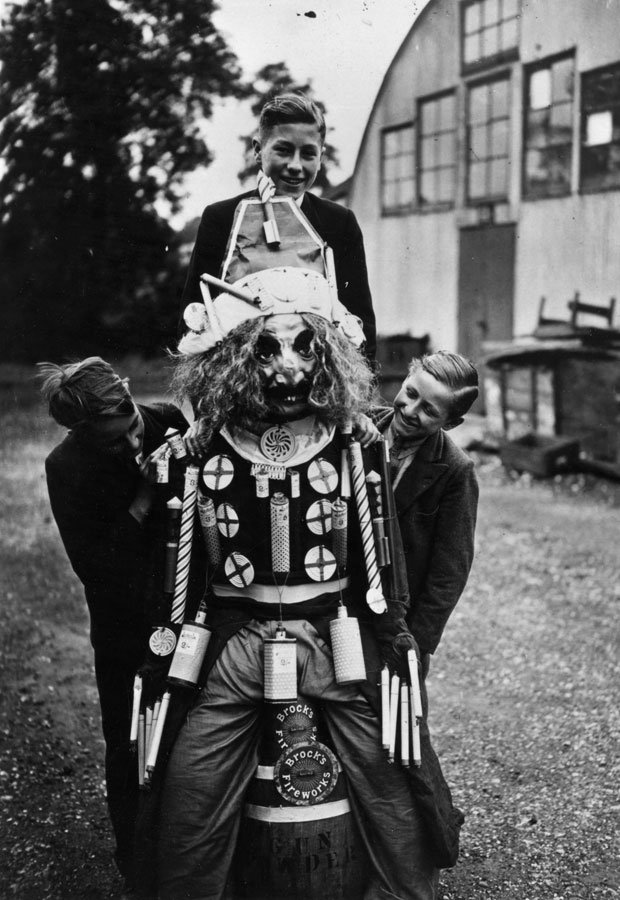 A traditional effigy of Guy Fawkes to burn on Bonfire Night. Getty Images. I have incredibly fond memories of wrapping up in hats and scarves and heading to our local village pub for an incredible bonfire each year. Sparklers, toffee apples, hot dogs with caramelised onions; huddling together with friends and family as fireworks whizzed through the air. Children’s Guy in Higham’s Park, East London in 1946, with fireworks in his hat, lapel and top pocket. Sport & General. Rattling her can: Laura Dale, seven, from Hampstead, pulls a pram chassis with a guy collecting for Bonfire Night in 1970. Picture: George Churchill. Although I never had the chance to make my own Guy, and take part in this (slightly morbid yet fun) tradition, I think it’s really important to remember the generations who did. It was a huge part of British culture that should never be forgotten!